EURid (.eu reigstry) has provisionally suspended the website ‘www.leave.eu’. Leave.EU, a British lobbying organisation which campaigned for Brexit, has become a victim of that Brexit. Now that Brexit is a fact, as an organization outside the European Union, LEAVE.eu no longer has the right to use a .eu domain name. To do so you need an address within the European Union.

Leave.EU was founded by businessman Arron Banks and is backed by Brexit politician Nigel Farage. The pressure group tried to get around the conditions for a .eu registration (an address within the European Union) by moving the postal address, which was used to register the domain name, to Ireland. This happened just before the United Kingdom left the EU.

EURid didn’ trust this change and started an investigation. At the time of suspension, the domain name leave.eu domain was registered in the name of Irish businessman Sean Power. However, according to the British newspaper The Independent, Power would have stated that he had no ties to the Leave.EU organization.

If LEAVE.eu wishes to maintain their domain  name, they’ll need to proof they’re located in the EU. Because EURid didn’t receive such attestations (yet), it took the website offline for the time being. Visitors now only see the message ‘this site can’t be reached.’ The organization’s Facebook page, Twitter and LinkedIn accounts are still active. EURid regularly checks the use of .eu. “We only look at the right to use the domain and do not concern ourselves with the content of the website or emails,” says EURid.

Leave.eu isn’t the only UK website to be affected by Brexit. EURid sent a message to approximately 81,000 British individuals and organizations that, in order to continue using their .eu domain name, they needed to have an address within the EU. About 2,500 of them had this sorted out in early January 2021 and are back online. The move to Ireland leaves Leave.EU with a problem of principle: as a staunch advocate of Brexit, it will step back to the EU itself.

DNS Belgium (the registry behind .be, .vlaanderen and .brussels) had been working on their new “good cause” for a while: DigitalForYouth would finally launch… 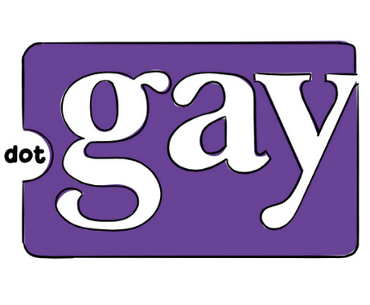 Release .gay has been postponed

Top Level Design (the .gay-registry) communicated that the .gay release will be postponed until 2020. Originally .gay would have gone live October 19th 2019,…

EURid, the .eu registry, is launching the .ευ extension. Nowadays everyone knows the .eu extension, the extension that shows your European roots. Within the…

Last week over 350.000 .uk domain names have (finally) been claimed by their rightful owner. Over the last 3 weeks combined, there were even…

The .ie registry decided to release three special domain names. These domaine were previously restricted because they match other top-level domain name extensions. The…

EURid (.eu-registry) has announced that from October 19th 2019 onwards, it will be possible for all EU citizens to register a .eu domain name…

Whoever wants to start a dispute resolution today because he thinks his trademark is being violated, better makes sure he has plenty of time…

The Thai registry has decided to allow registrations under.th directly. Before you could only register domain names under .co.th and .in.th but that has…

Since January 14th 2019 the .homes registry has modified his policy. And this new policy only brings along good news.