Top Level Design (the .gay-registry) communicated that the .gay release will be postponed until 2020. Originally .gay would have gone live October 19th 2019, coming out day, but this won’t happen..gay will now be released in 2020 and will coincide with a Pride Event according to the registry. Ray King, CEO of the .gay registry, said: ‘The release hasn’t been postponed because we’re facing resistance against the .gay extension, it’s just about having enough time before the launch.” They plan to use the extra time to build up support and awareness around .gay within the .gay community. 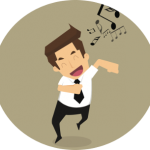 EURid (.eu-registry) has announced that from October 19th 2019 onwards, it will be possible for all EU citizens to register a .eu domain name regardless of their residency.

Whoever wants to start a dispute resolution today because he thinks his trademark is being violated, better makes sure he has plenty of time and sufficient financial resources. The .ie registry believes this process can be simplified and therefore introduces an alternative process from