After the first round, 4 parties remained to take care of the management of the .eu domain:

One of these Luxembourg companies is linked to CentralNic. CentralNic (a British company) had to set up a new company within the European Union because of the Brexit, as this was a condition set by the European Commission.

After the second round, EURid emerged as the winner. They will now re-contract with the European Commission to continue managing the .eu extension until October 2027. EURid’s application highlighted all the achievements for .eu over the past 15 years (thanks to EURid’s management) as well as the future plans EURid still had for the .eu domain. That was clearly enough to convince the European Commission.

And so EURid can call itself a .eu registry until at least October 2027.

Black Friday has been gaining popularity in recent years. It originated in the United States (the day after Thanksgiving) and it’s the shopping day par excellence. It’s the unofficial start of the holiday season and lots of stores have incredible promos and special offers.

Make sure your promo won’t get lost in a sea of promotions. Register your .blackfriday name now and make sure everyone knows about your special offer. 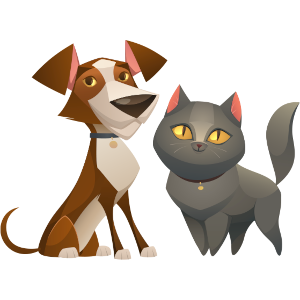 October 4th, World Animal Day. Did you know that you can also put your pet in the spotlight with a .pet domain name?

Share it with everyone and put your best friend in the spotlight with its own .pet name.

You can easily register a .pet domain name via bNamed. With just a few clicks you can get started with your own .pet name.