A few days ago, a quarrel at Freenode made it clear once again how important the management of a domain name is. After all, it was the owner of the domain name who got Freenode into serious trouble.

Freenode, an online platform for open source, was caught in a storm a few days ago. The administrators of this community do their job on a voluntary basis and the servers for Freenode are sponsored by third parties.

Over time, however, Adrew Lee began to interfere more and more with the day-to-day business. That wasn’t always to the liking of the rest of the community, but in the end Andrew Lee won the coup with one strategic move: he owned the domain names, which also allowed him to decide which servers to direct traffic for Freenode to.

The managers of Freenode backed down and decided to continue under a different name. They re-established the platform under the name libera.chat. They are now calling on the Freenode community to use this new platform.

All of this makes it once again painfully clear that the management of a domain name is more important than people often think. 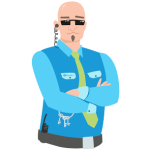 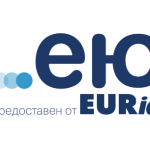 The .ею extension, the Cyrillic version of the .eu domain, is celebrating its fifth anniversary. Over the past five years, .ею 1,369 names have been registered, representing approximately 5% of the internationalised domain names (IDN) in EURid’s (.eu registry) portfolio. The .ею extension appears

The release of the .spa domain is overshadowed by arguments and lawsuits. Anything but relax! NameSphere, who together with Asia Spa and Wellness Promotion Council Limited, manage the .spa domain has long been in a conflict with DotPH (the Philippine registry). NameSphere was founded

A day of relaxation, wellness, sauna, massage, everyone can enjoy it from time to time. So an own extension for the wellness industry isn’t that crazy. And the .spa domain was born. However, the .spa extension is not limited to just wellness. Also residents