Only about a month ago we reported about a big recall of certificates organised by Sectigo. They would be revoking about 6000 certificates, mostly owned by Dutch companies. They gave a 6-day notice.
Let’s encrypt just responded with “hold my beer”, announcing to revoke 3 million certificates with only a 5-day notice.

On the last day of February, a bug was found and fixed which could have caused certificates to be issued while one of the verifications was out-dated. Before a certificate can be issued, you have to proof you manage the domain name or webhosting. This check was always carried out correctly. But a second check also verifies if a so-called “CAA” record is set on the domain name. If it is, then only the certificate authorities listed in that record may issue a certificate. Let’s Encrypt would not check the CAA-record for every single certificate, but remembered the previous information for up to 30 days.

All users had very little time to take action and to request a new certificate. On the dead-line only about half of them had gotten their certificate re-issued. Last-minute Let’s Encrypt decided that revocation wasn’t so urgent after all and only revoked certificates for which a new certificate had already been requested.

Both with Sectigo as with Let’s Encrypt, a reasonably small bug was at the cause of the revocations. The chance of actual harm was very small. It’s hard not to assume that Let’s Encrypt has the flexibility not to revoke within the initial dead-line because the two most influential member of the CA/B forum (Mozilla/Firefox and Google/Chrome) are also listed as some of the biggest sponsors of Let’s Encrypt. 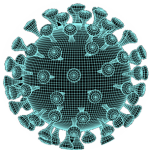 Coronavirus throws a spanner in the works

A while ago, the SIDN (.nl registry) passed the 6 million domain name registrations. And obviously they are quite proud of that.

On February 1, 2020 the United Kingdom has left the European Union. Until December 31, 2020 the UK and the EU have entered a so called ‘transition period’. During this transition period UK citizens and residents can still register domain names under the .eu

On February 10, 2020, the long-awaited release of .gay started. Normally, the different phases of .gay would be completed between February and May 2020. However, the Corona virus put a stop to this.

The youngest country in the world, South Sudan, has launched the release of its own domain name extension. From now on you can request your name under the third level extensions .com.ss, .net.ss, .biz.ss and .me.ss.

On May 30th 2020 the certificate of “AddTrust External CA Root” expired. This certificate was 20 years old and had been used by Comodo/Sectigo to sign the certificates they sold. While it had already been replaced a long time ago, it was still being