Sectigo (formerly known as Comodo) is one of the leading providers for certificates. Such certificates are used to encrypt internet traffic going to websites and mailservers. Sectigo is now recalling almost 6000 certificates, all of which were issued to companies from The Netherlands. The recall action was announced Wednesday. Affected clients have less than one week to install a new certificate. On January 28 the old certificates will be revoked and websites on which the certificate has not been replaced will refuse to load.

All clients of bNamed whose certificate has been recalled have been contacted by us. We are following up with them closely to make sure the installation is completed within the dead-line.

The recall affects only Extended Validation (EV) certificates and is caused by an actually very minor error in the original certificates. Sectigo included the province of the certificate owner as “jurisdiction”. In many countries this would be accurate, but according to Dutch law, the Netherlands is seen as one big jurisdiction for companies. So in theory the jurisdiction should just have been “The Netherlands”.

Sectigo found out about the error themselves and has spontaneously started this recall. That such a small error can start such a major recall with short dead-line might seem strange. But the whole certificate business is on their toes after the thumbscrews were put on Symantec about two years ago. Symantec was originally considered “too big to fail”, but after a couple of mistakes had not been resolved promptly, they were no longer seen as trustworthy by the major browser vendors and were forced to sell their certificate business altogether. 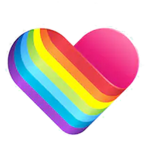 .gay is coming out of the closet 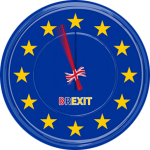 Domain names and Brexit: all of a sudden nothing happened

The American webshop Amazon starts a platform in Belgium and chooses an original name: amazon.com.be. The well-known webshop has now decided to focus also on the Belgian market. Previously, Belgian customers could already order via, for example, amazon.nl or amazon.fr, where they also receive

Soon a new extension will be released, the .kids domain. Children are the future, a huge cliché but a truism. An own extension for this target group was therefore inevitable. With a .kids domain name you can go in many directions. Do you sell

The .radio registry has decided that from June 20th 2022 onwards 1 and 2 character .radio domain names will be available for registration. Everyone who meets the conditions can register a .radio domain name. The names can be requested and each application will be

Great news from the .hiphop registry. They have permanently lowered the prices for .hiphop domain names. This is the perfect time to register your name under the .hiphop extension. Hip hop is more than just a genre of music. It is a lifestyle with

NIC.AT (.at-registry), the Austrian registry now offers an extra form of security for your .at domain name, namely the registry lock. This lock is an extra security layer that ensures that your .at name is even better protected. If you decide to activate the