As you probably will know, the United Kingdom left the European Union on January 31st 2020. What are the consequences of the Brexit for .domain name registrations? We were kept in the dark for quite a while but so was the .eu registry itself.

EURid (.eu-registry) only received the final info of the European Commission last Friday (January 31st 2020), only hours before the actual Brexit.

At the moment the status is as follows: The UK and the EU have entered a so called ‘transition period’. During this transition period UK citizens and residents can still register domain names under the .eu domain. However this will change once a final agreement is reached. From then on UK citizens and residents will probably no longer be able to hold domain names under .eu. So also existing owners of a .eu domain name with an address in Britain could loose their domain name at that time. But if the communication remains as last minute as it was until now, we’ll have to wait until the end of 2020 before we receive the correct information. Unless, obviously, the negotiation dead-line is extended.

Also the Italian registry came with a last-minute statement about Brexit. The local presence restrictions of .it are very similar to those of .eu. They indicate that during the transitional period everything will remain the same as it was before. But what will happen next will depend on the eventual agreement reached between the UK and the EU.

The .hr registry (Croatia) made no official statement about the Brexit, but their rules are slightly different. If you’re not from Croatia, then you need to have a valid EU VAT-number. So as long as British VAT-numbers can be validated via the European VAT Information Exchange System, British companies will remain eligible to hold a .hr domain name.

We’ll keep you posted about the consequences of Brexit for domain name registrations once more info is available. 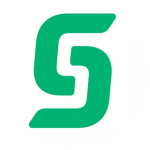 The most common company type in Belgium is “BVBA” (which is similar to “LTD”). Due to changes in the Belgian law, this has  now officially become known as “BV”. Not many seem to have noticed and most companies still refer to themselves as “BVBA”.

Only about a month ago we reported about a big recall of certificates organised by Sectigo. They would be revoking about 6000 certificates, mostly owned by Dutch companies. They gave a 6-day notice. Let’s encrypt just responded with “hold my beer”, announcing to revoke

Because of Covid-19, better known as the Corona virus, ICANN (the umbrella organization for managing all gTLDs) decided to cancel its ICANN 67 meeting. This would normally have taken place from 7 to 12 March in Cancun. ICANN gave the following statement: “Each ICANN

The .be-registry (DNS Belgium) was, many years ago, one of the very first registries capable of instantly updating information in their nameservers. So if you registered a new domain name, it would instantly be ready to be found. Many other registries have, also until